We went to Guimaras last March 2, 2013 and stayed at Guisi Clearwaters Resort.

We first went to the famous Guisi Lighthouse. Paolo read on the internet that there are rooms available near the lighthouse so we were hoping we could stay there. The caretaker was very accommodating. However, he told us that we should have made a reservation first because they still have to prepare the rooms for expected guests. The rooms are located on top of a hill, overlooking the lighthouse and the sea, and water supply has to be carried all the way to the top if there are occupants. That’s the reason for the advance notice. He suggested we try the nearest resort, the Guisi Clearwater Resort around 500m away, and if there are no vacant rooms then he would prepare the room for us. We were kind of disappointed, because we liked the lighthouse area very much. It was situated on top of a hill, and you can see the clear waters below the hill, the white sand beach on the right.

We chose to spend the whole afternoon sitting on the beach hut, talking, listening to the music being played on a big speaker by one of the resort staff. It was audible, but not loud enough to hinder conversations. We just talked, watched the sunset, ate junkfood and halo-halo, and occasionally we would go to the shore to take a dip. It was as relaxing as it could be. We wanted to try the famous Guimaras mango, but there were no stores near the resort. I wish I have pictures of the lighthouse, the resort and the beach, it was very quiet and relaxing, though I don’t think I could capture the aura in the pictures. If I wanted pictures, I wouldn’t have been able to enjoy the peaceful atmosphere. :) 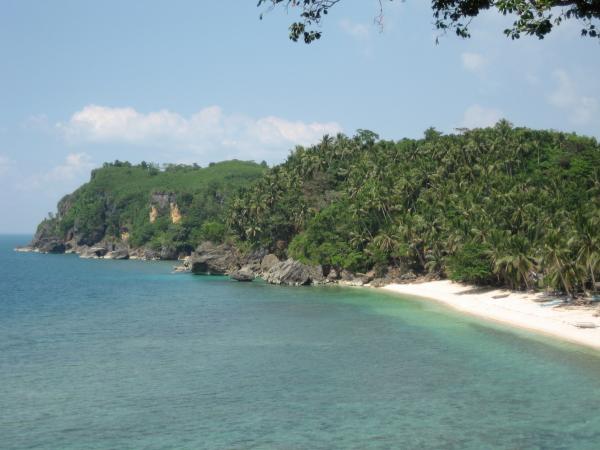 On Sunday, we decided to do a bit of exploration. First activity was island hopping. We scanned the shoreline of southwestern Guimaras, and I was surprised to see some rock formations similar to that in Coron. It was not as stunning, but the rock formations were also beautiful. We cruised through inlets and passed by several uninhabited white sand beaches. We eventually docked in one of the bigger white sand beach called Dalumbaras, so called because the sand is so soft your feet will be buried a little once you step on the beach. Our boat man said this part is best for snorkelling. The area has corals and beautiful fish, and he didn’t disappoint us. There were unusual corals and the water is not so deep you could actually snorkel from one islet to the next, or from one one white beach stretch to the next. :D It was just beautiful. And we were the only guest on those islands, apparently not so many people knew about the beauty of the Guimaras islands. :3 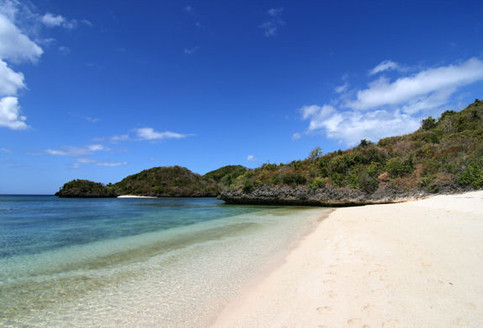 We also went to SEAFDEC, where I saw the biggest fish I’ve ever seen in my life. According to the staff, the giant grouper can live up to 50 years, and can grow as big as a beetle car. The one they have is around 15-20 years old, weighs around 100kls, and is almost 2 meters long. He said groupers are territorial and carnivorous, you wouldn’t wanna fall into their cage. Monster fish! 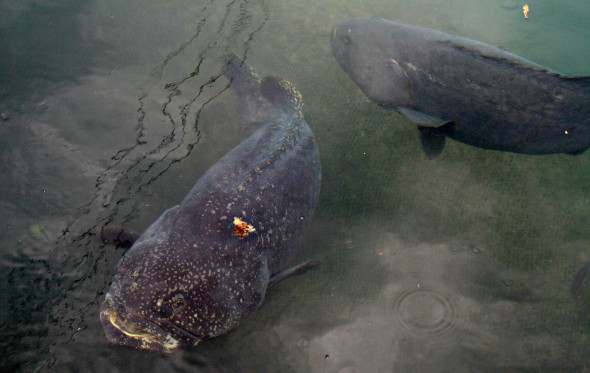 Before we went home the next day, we just have to take home a kilo, or 4, of the world’s sweetest mango. 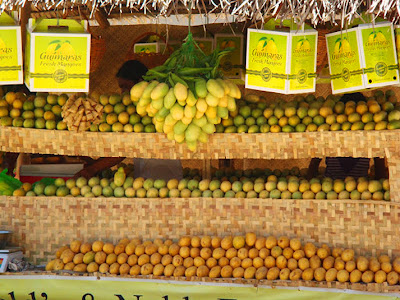 Guimaras was just beautiful. I wish I could go back again to the resort and to those islands. Someday. :)

One thought on “Guimaras weekend”