We went to Clark, Pampanga last Feb 22-24 to experience the 18th Phil. International Hot Air Balloon Festival. We’ve been waiting for the festival schedule to be announced since last year, and when the schedule was announced last January, we immediately searched for available flights, seat sale or not. We spent the remaining days until the festival researching about Clark and the festival as well as looking at pictures of big balloons!

The festival was held inside the Omni Aviation, its a flight school with their own runway and a wide area on the side cleared for the spectators. We went to the venue as early as 4am. The crew of the hot air balloons would start their preparation very early so that by sunrise, the balloons would already be filled with enough hot air and ready to fly. 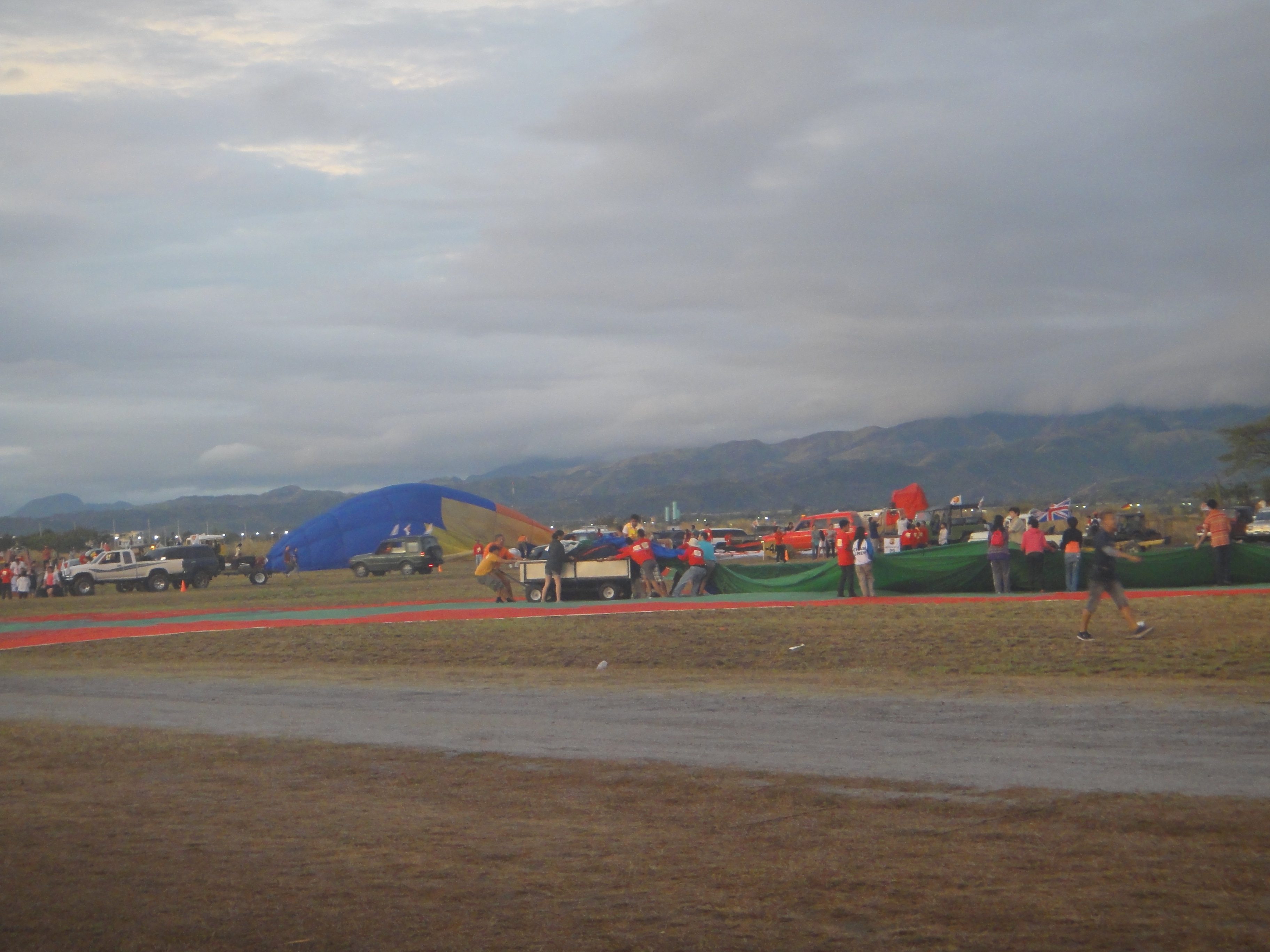 I’d never seen hot air balloons before, I didn’t know how big they would be in real life. When they started to fill the balloons with hot air and the balloons slowly formed its shape, I kept giggling and pointing to the balloons and talking about them and describing them as if Paolo himself couldn’t see them. :D

Around 7am, most of the balloons were inflated enough to make their design obvious, but not yet enough to fly.

According to the PA, there were 32 hot air balloon participants. They came from different continents, and UPS brought them to Clark for the festival. The tulip, mr. sun and rocket ship came from the US, the elephant came from Belgium, the balloon with anime characters came from Japan. There were also hot air balloons from Holland, Germany, Australia, Spain, etc. I wish I could remember all of them.

It was ‘a weekend of everything that flies’. Aside from the hot air balloons, there were also paragliders, skydivers, plane exhibitions, kite flying, etc. 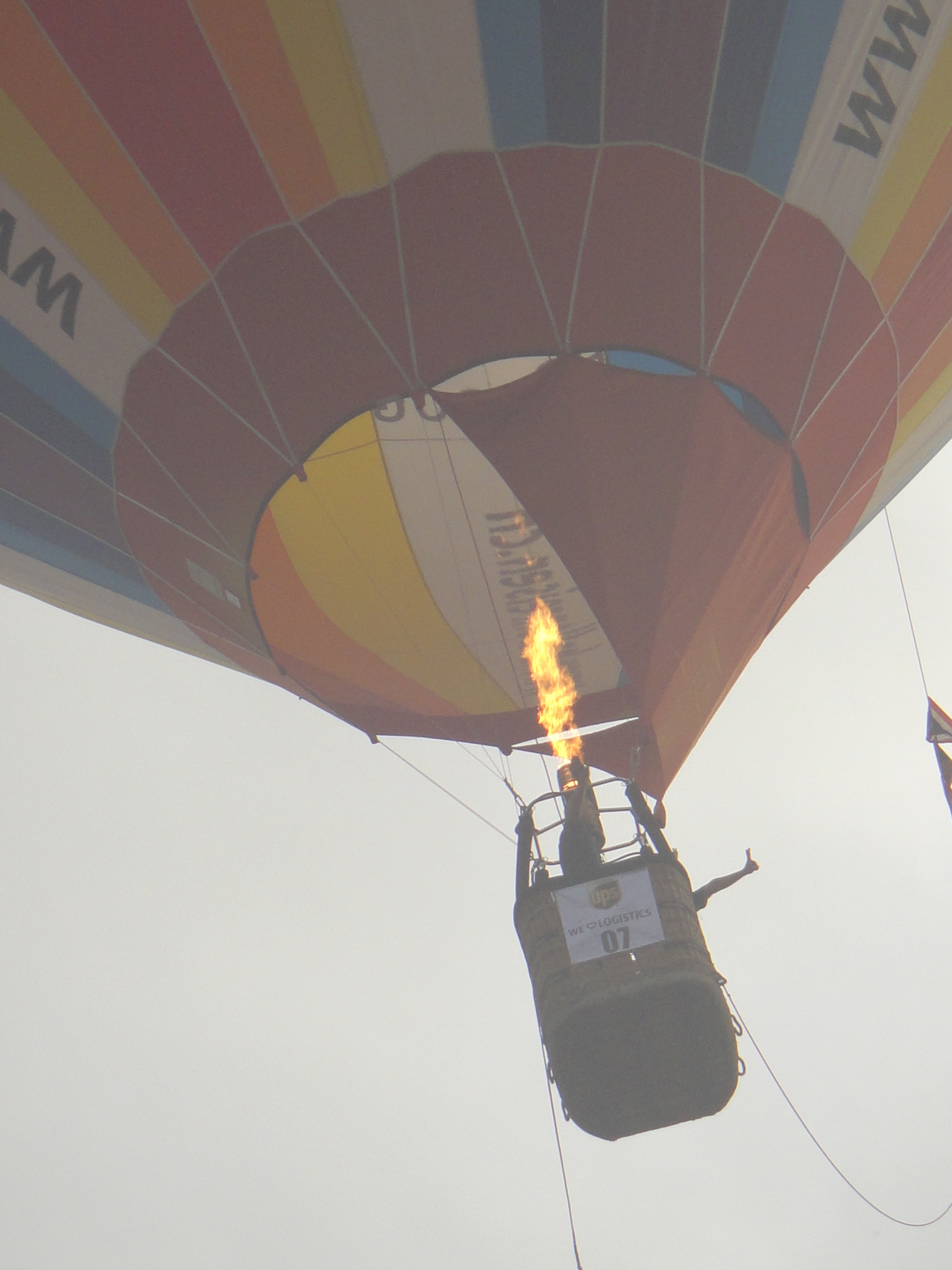 Hot air makes the balloon fly, so they use a burner to heat up the air inside the balloons. Its the same as the household burner, but 10x more powerful. 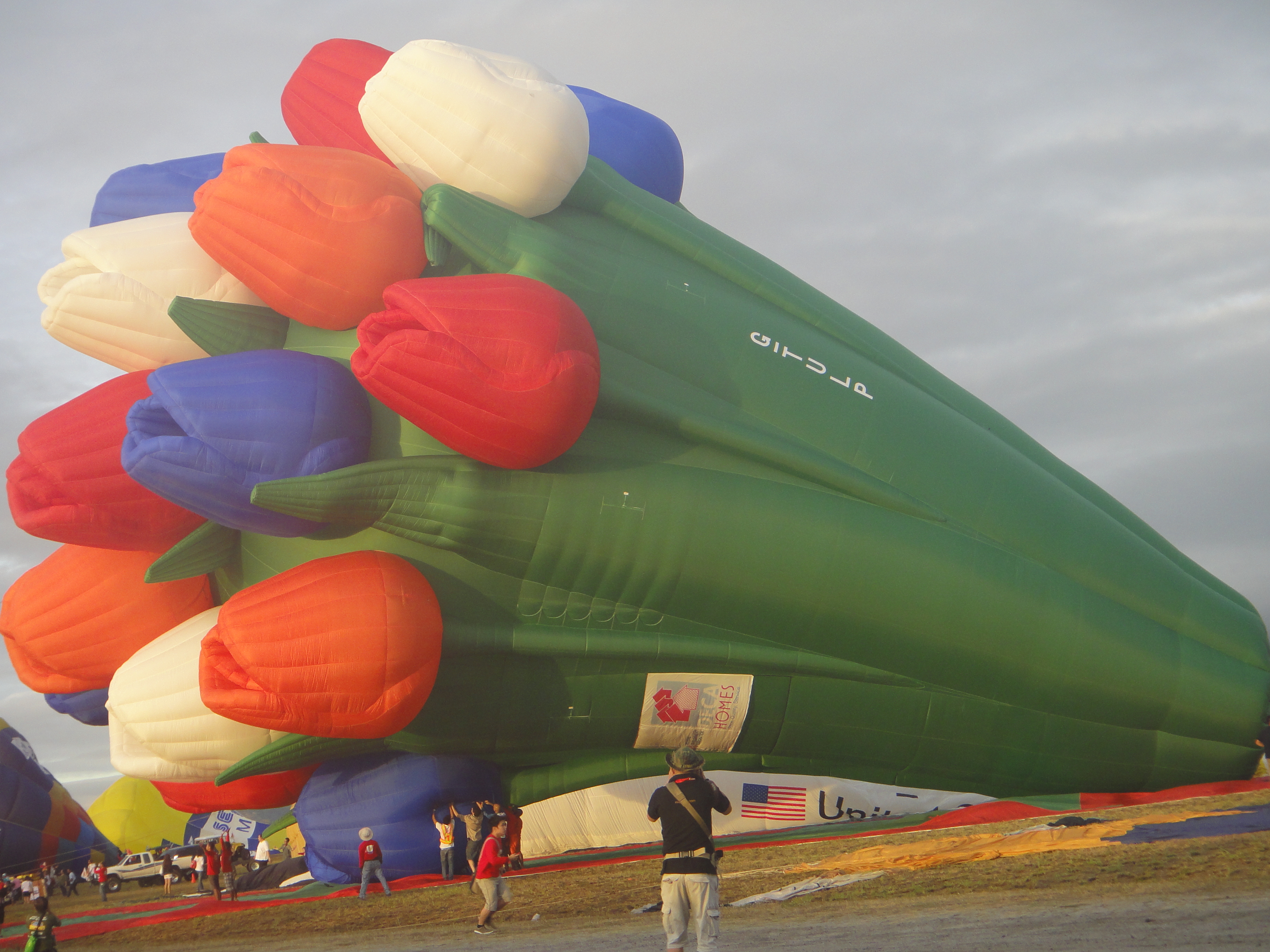 One more tulip to go. 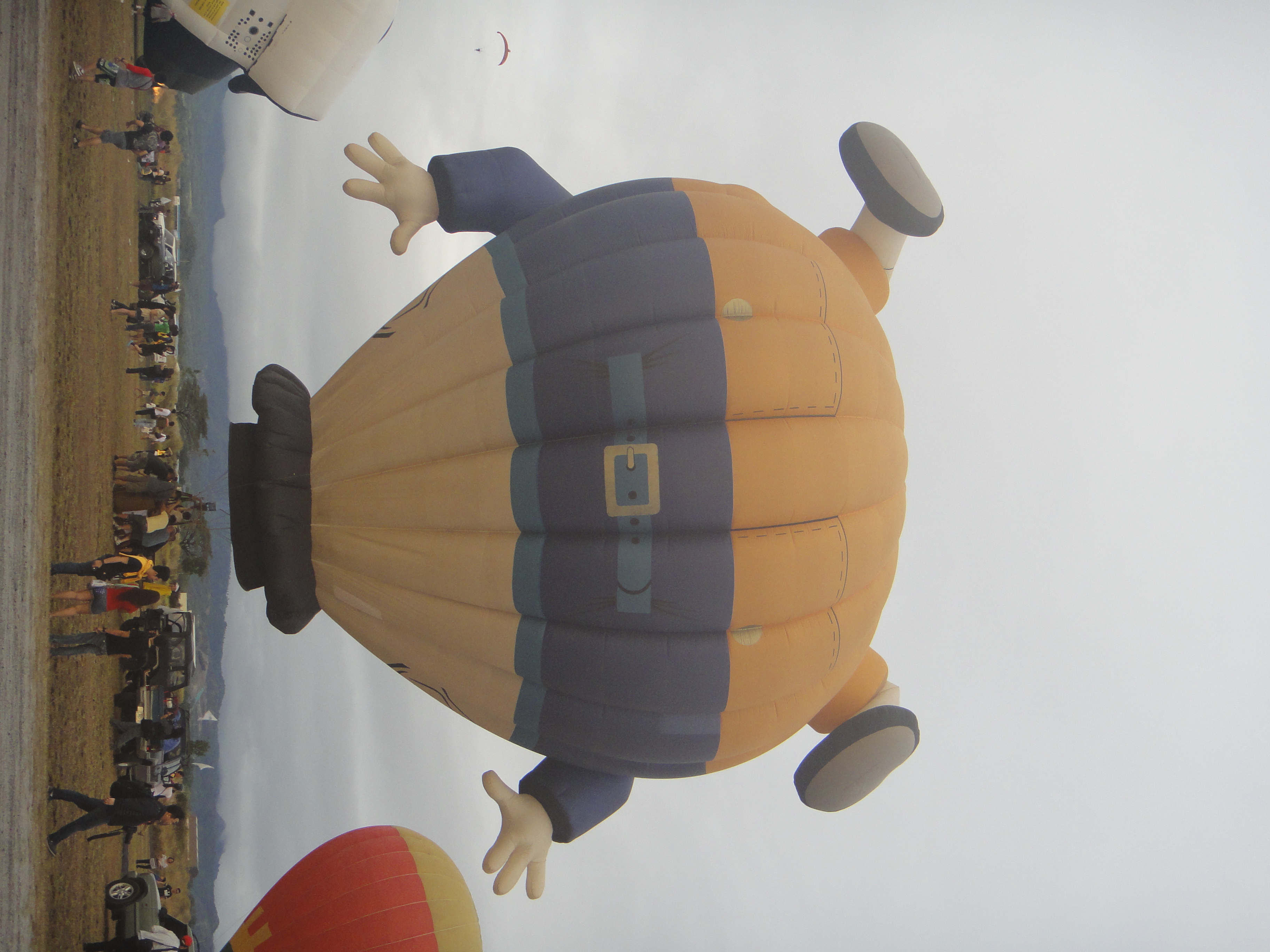 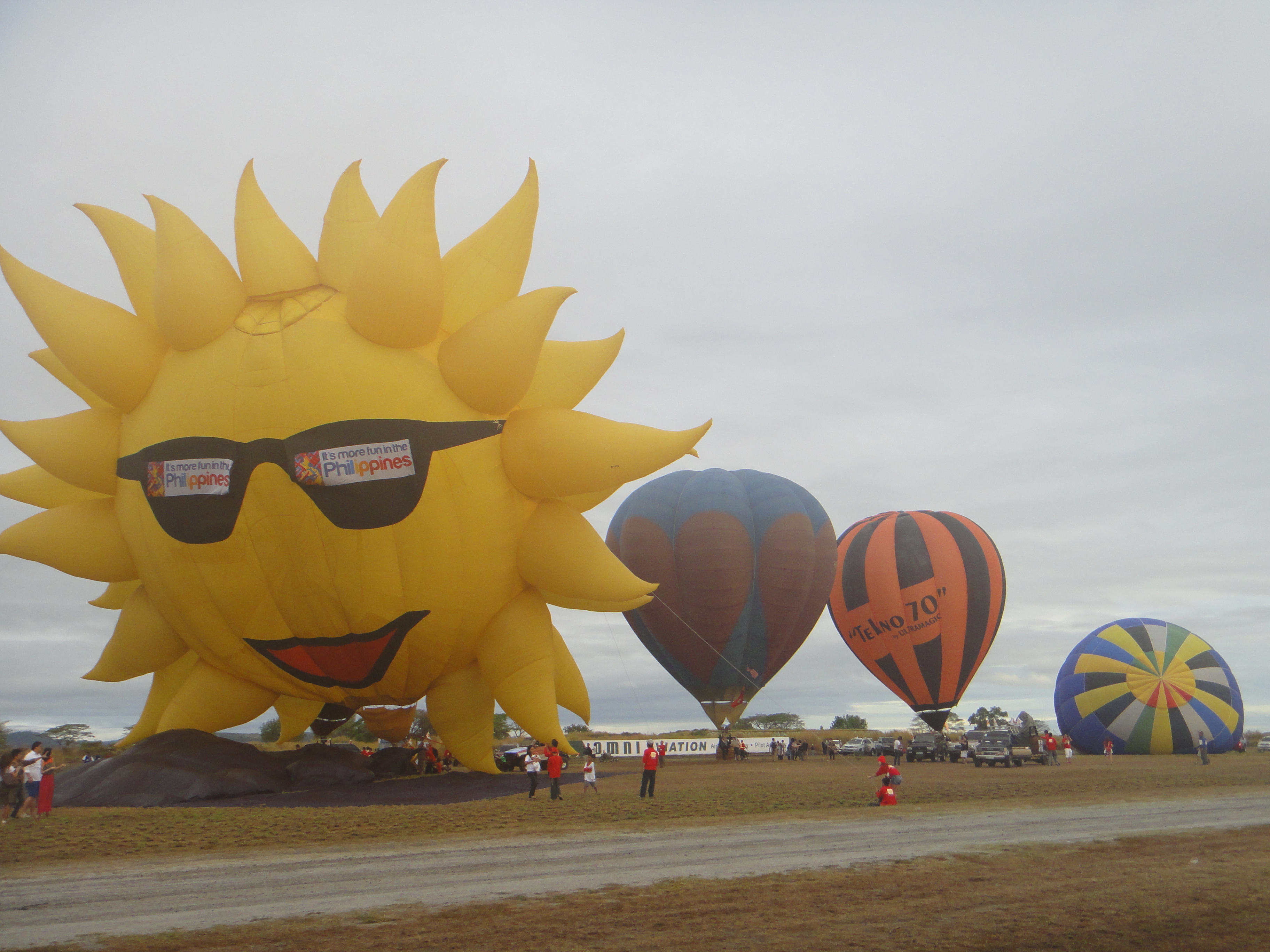 Because Mr. Sun is cool. 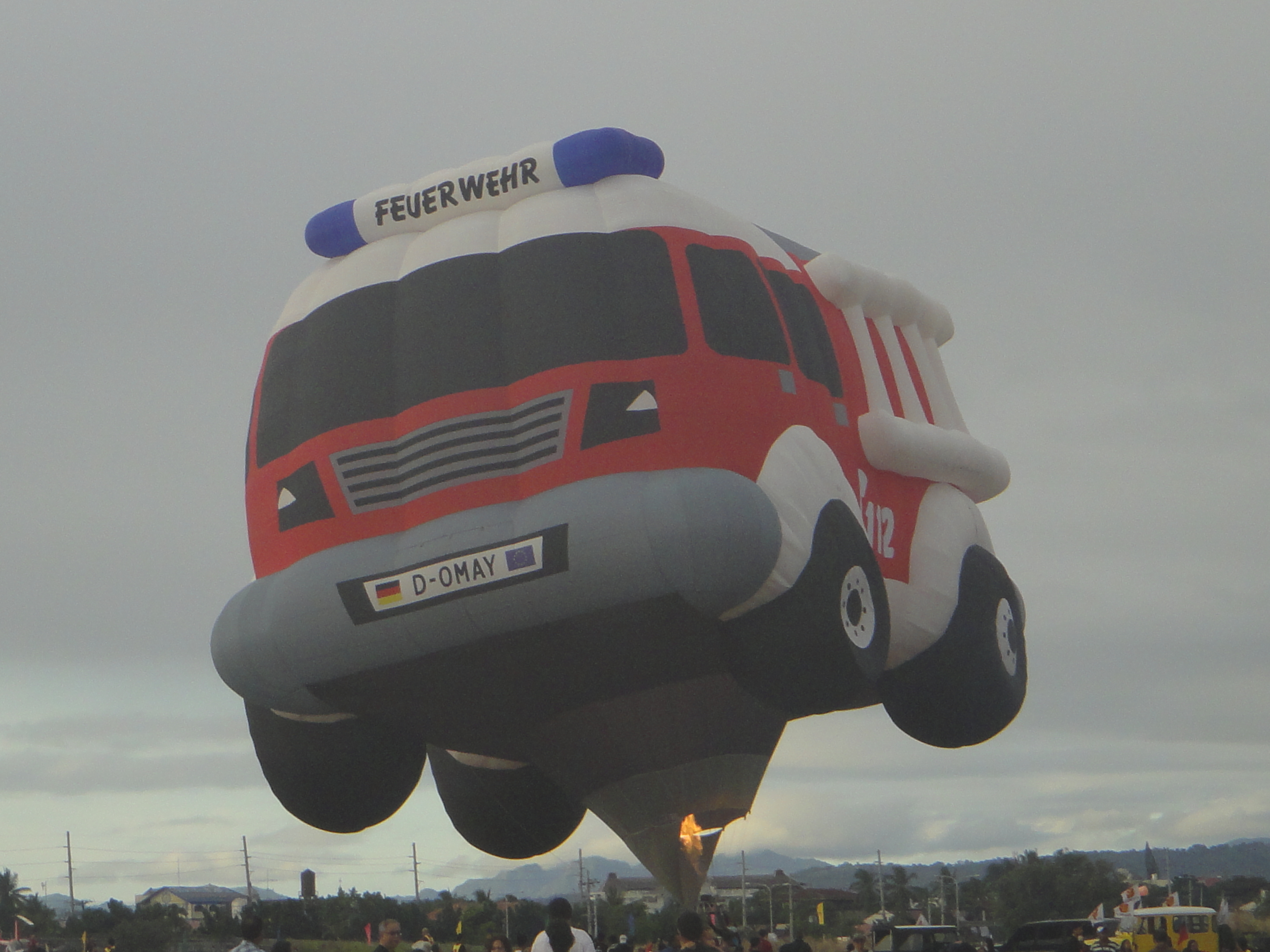 The firetruck that flies. 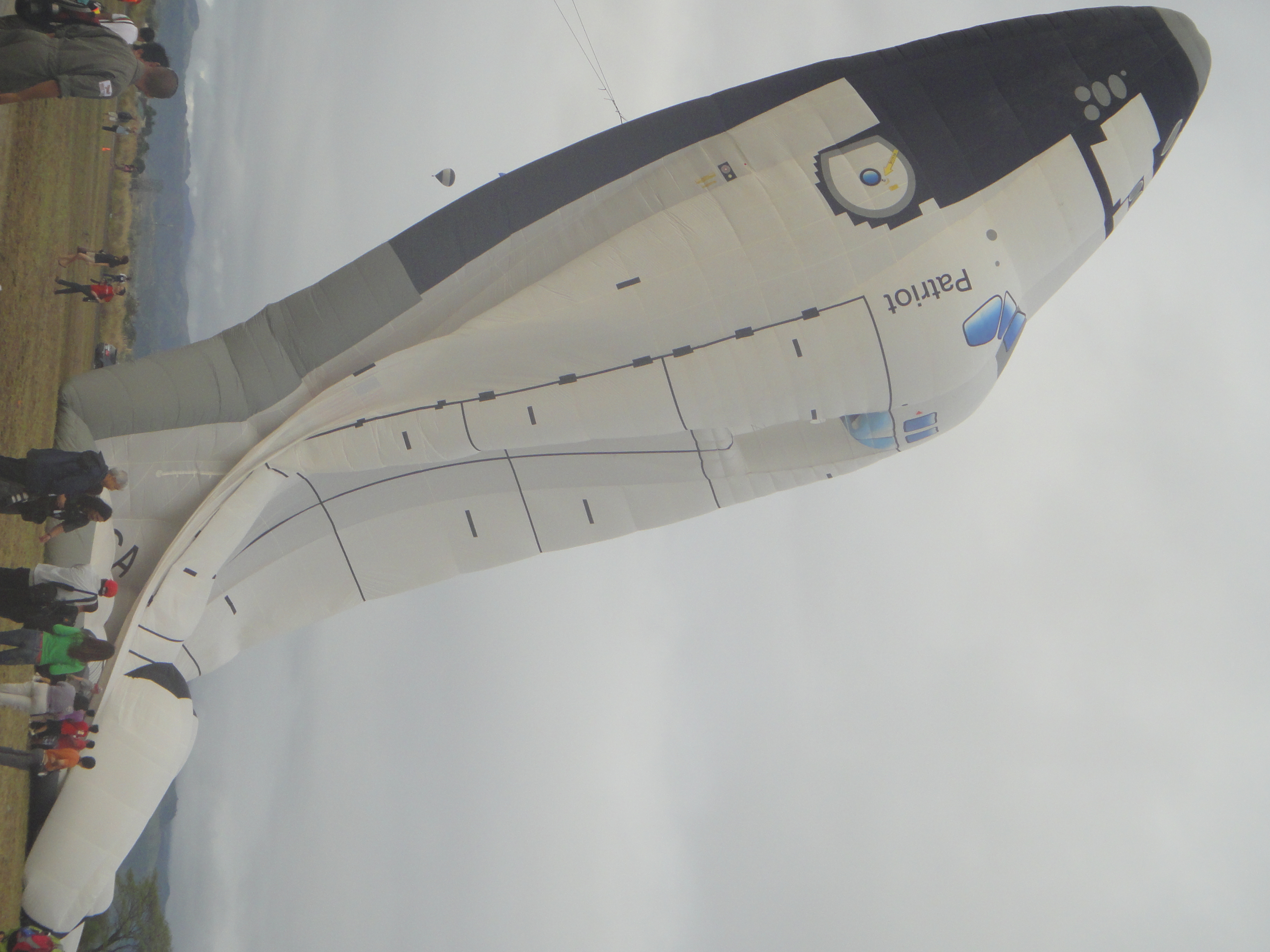 The wind was too much for this awesome rocket ship on Saturday. The crowd sounded with disappointment when it was brought down around 7:30am. Mission aborted. :(

Paragliders and kites everywhere. There were also skydivers, but they were too far up in the sky they were only dots when I took pictures. 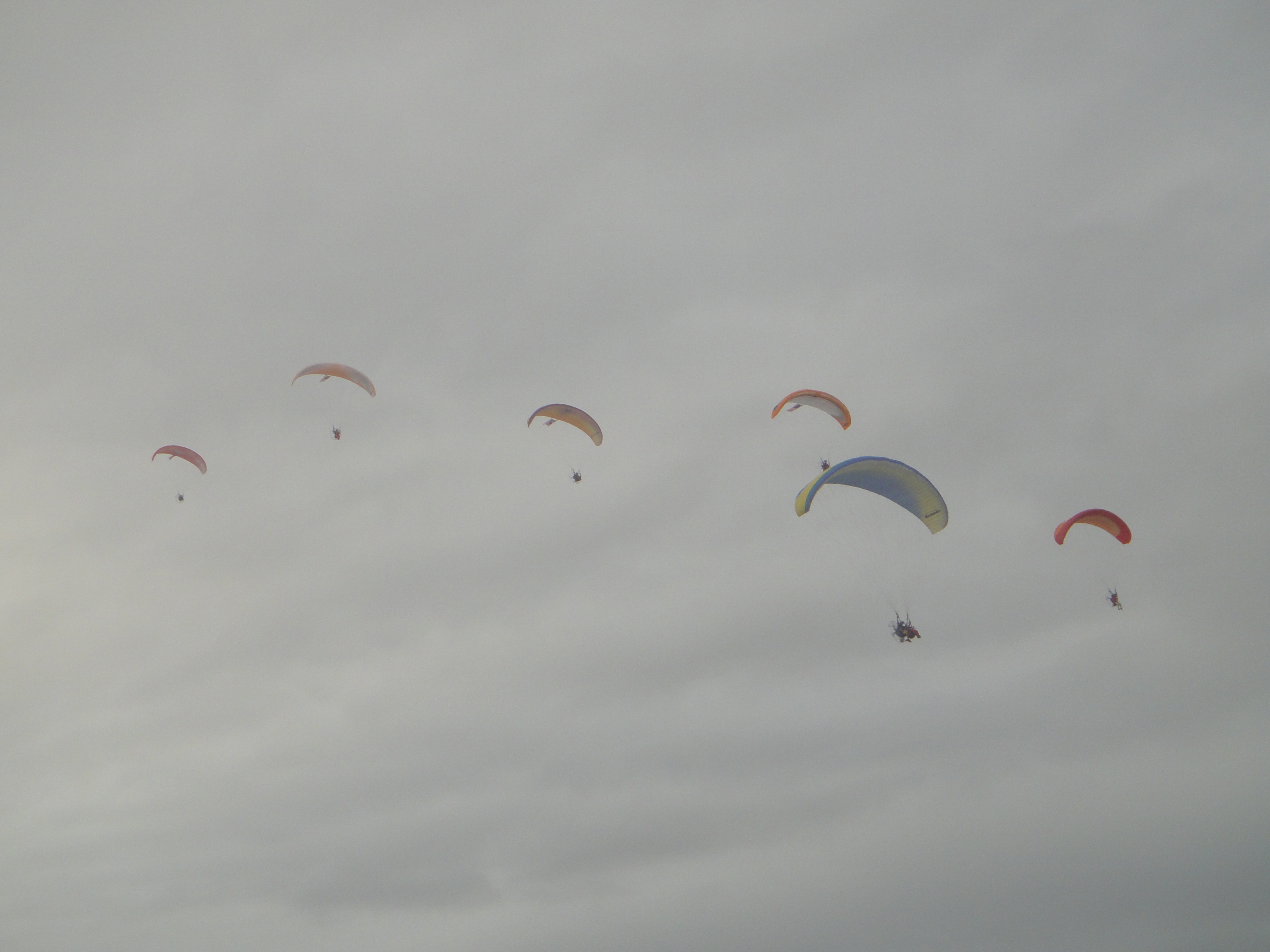 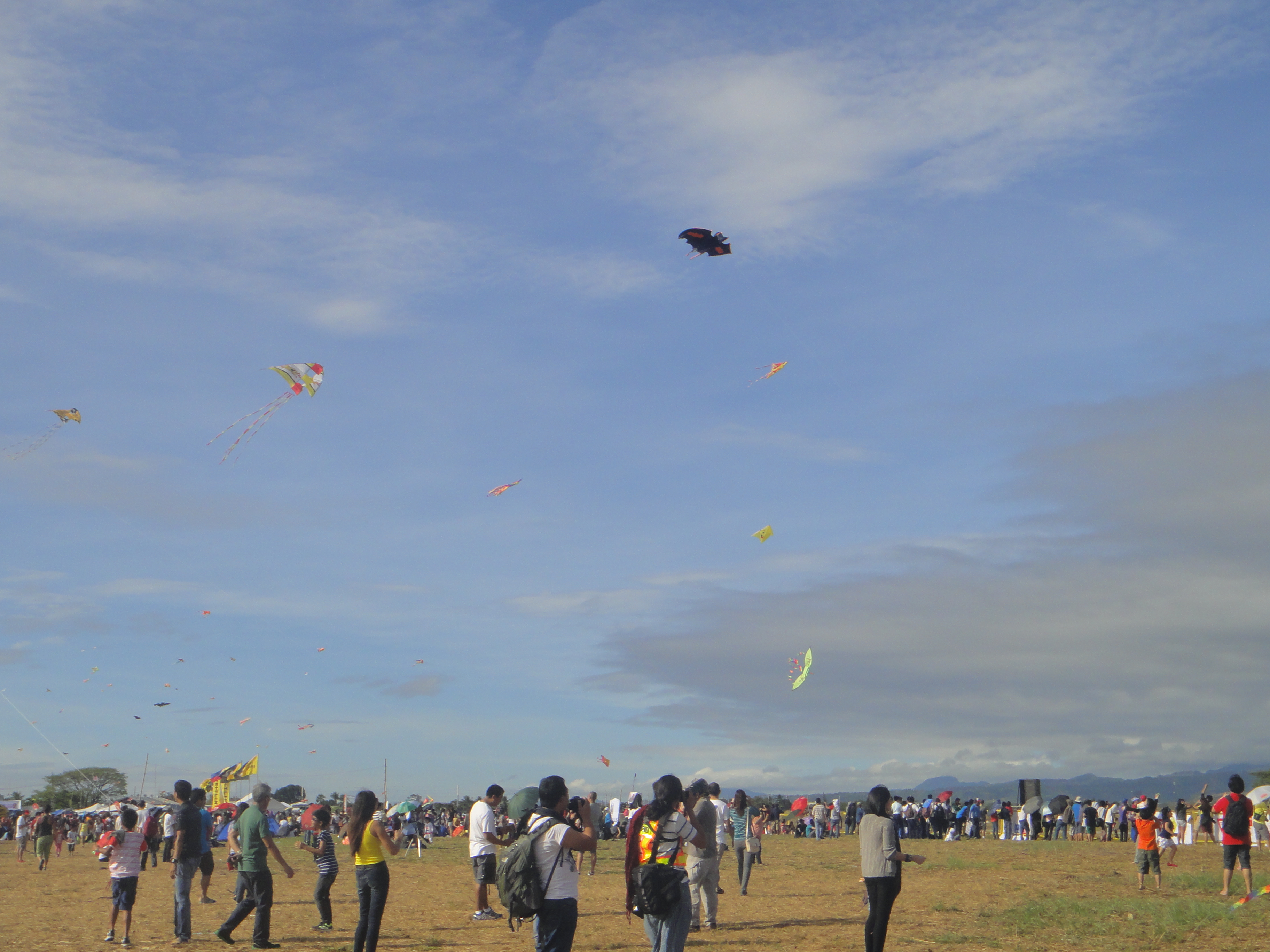 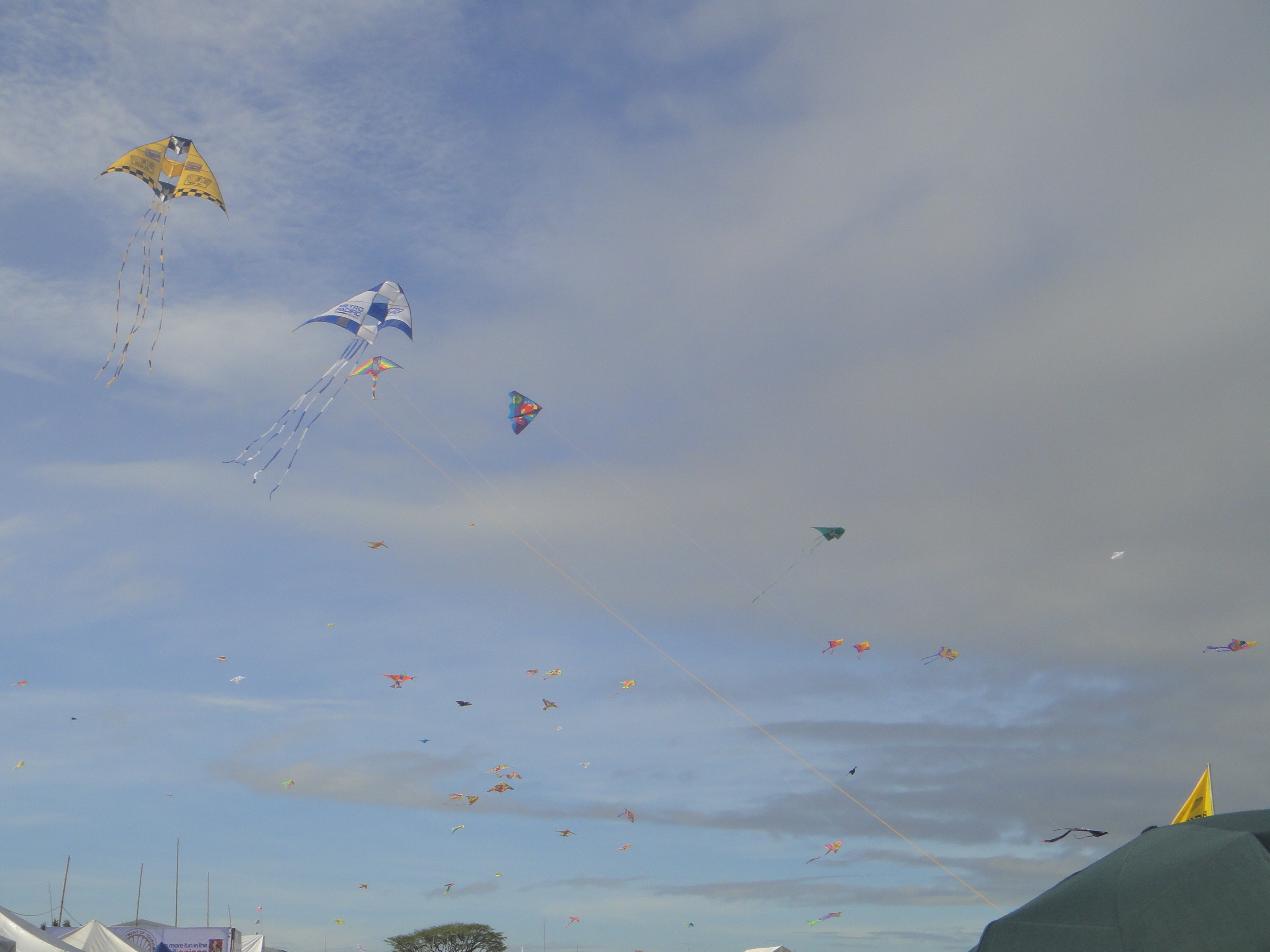 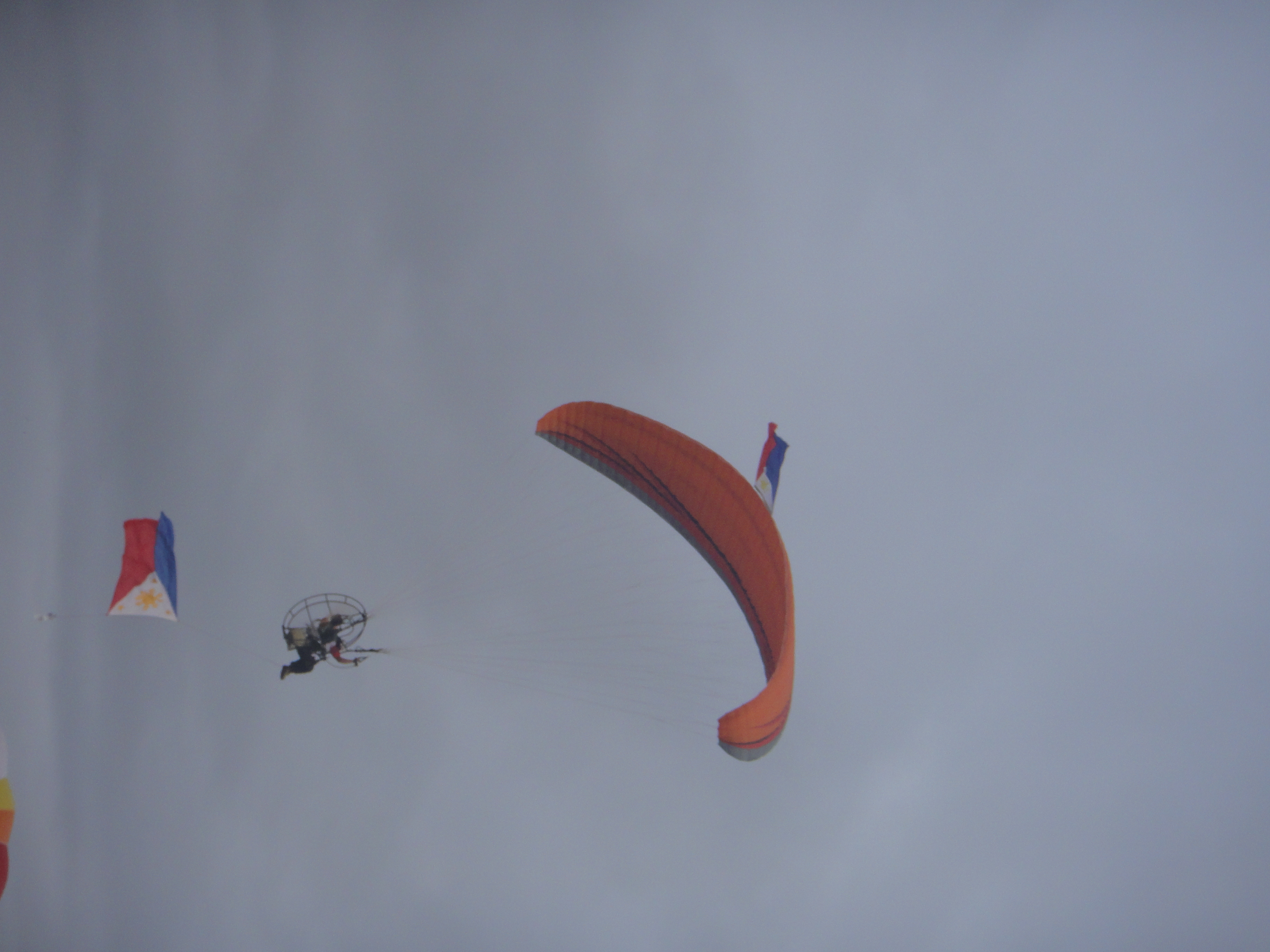 The Breitling Jet Team, the largets civilian aerobatics team flew an awesome exhibition. At some points, they were flying towards each other so fast. I wished I could see their altitude levels, so I would have realized they would not crash towards each other. Sometimes, they would be flying upside down. They were never taught about gravity. 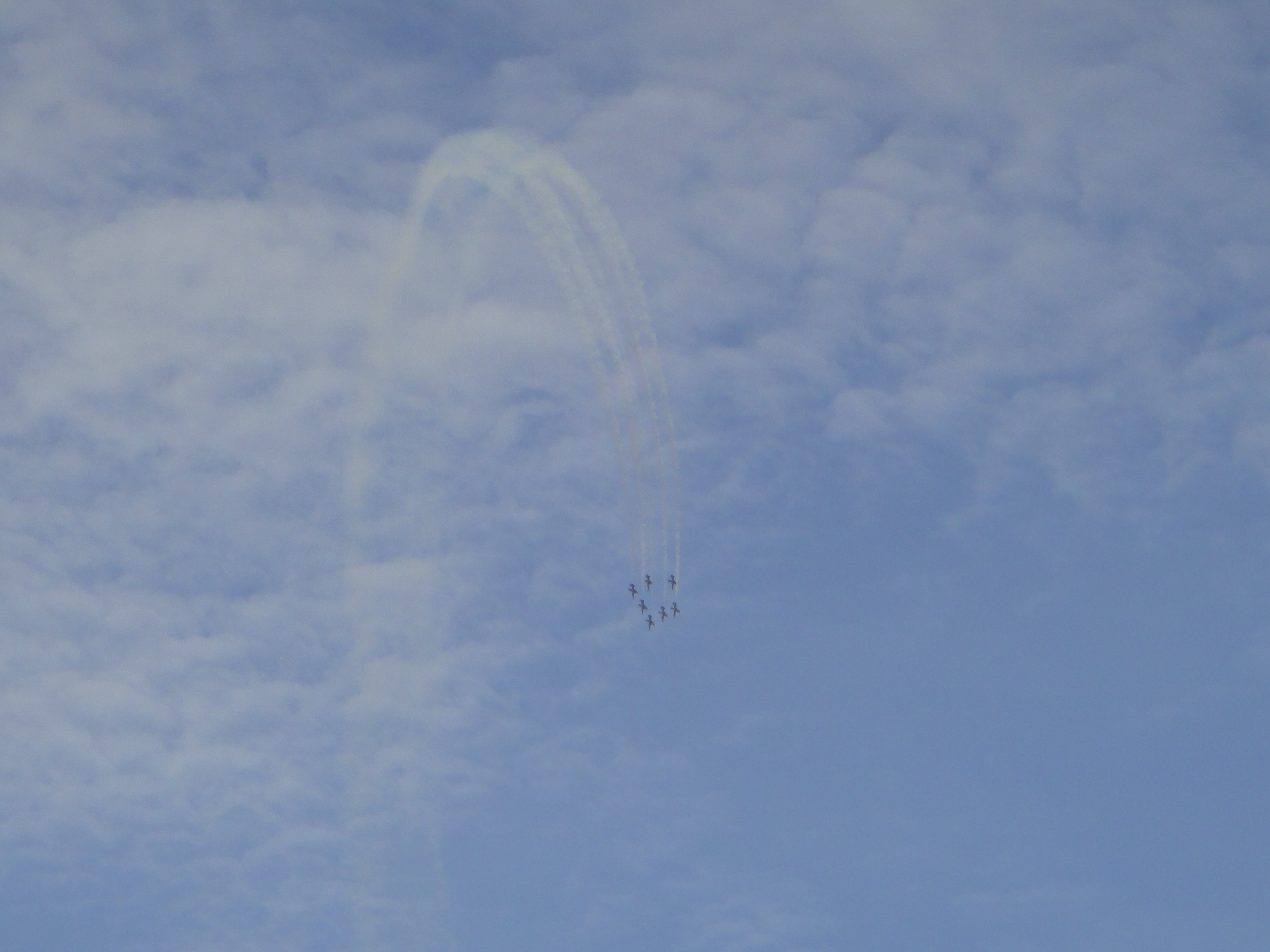 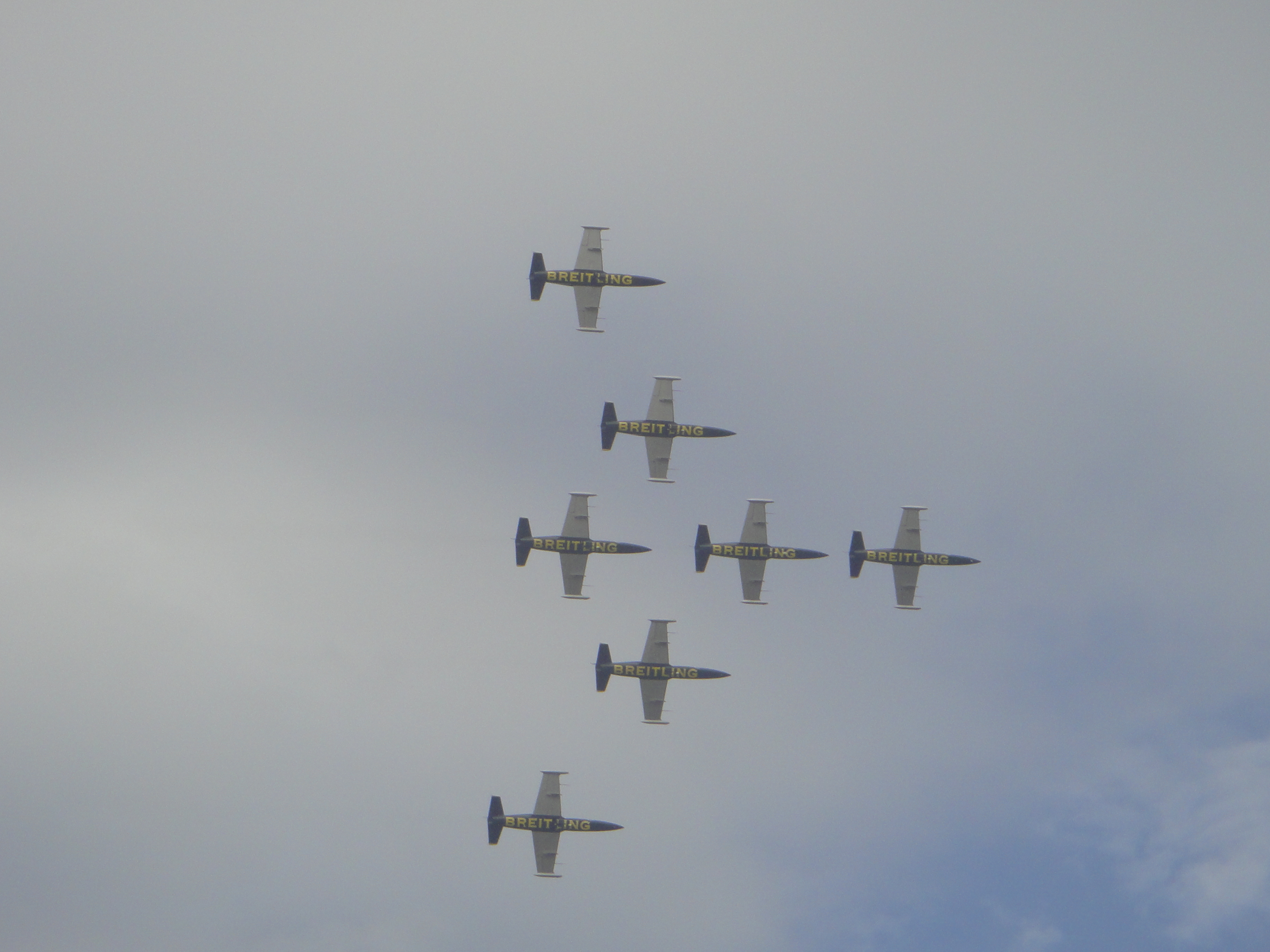 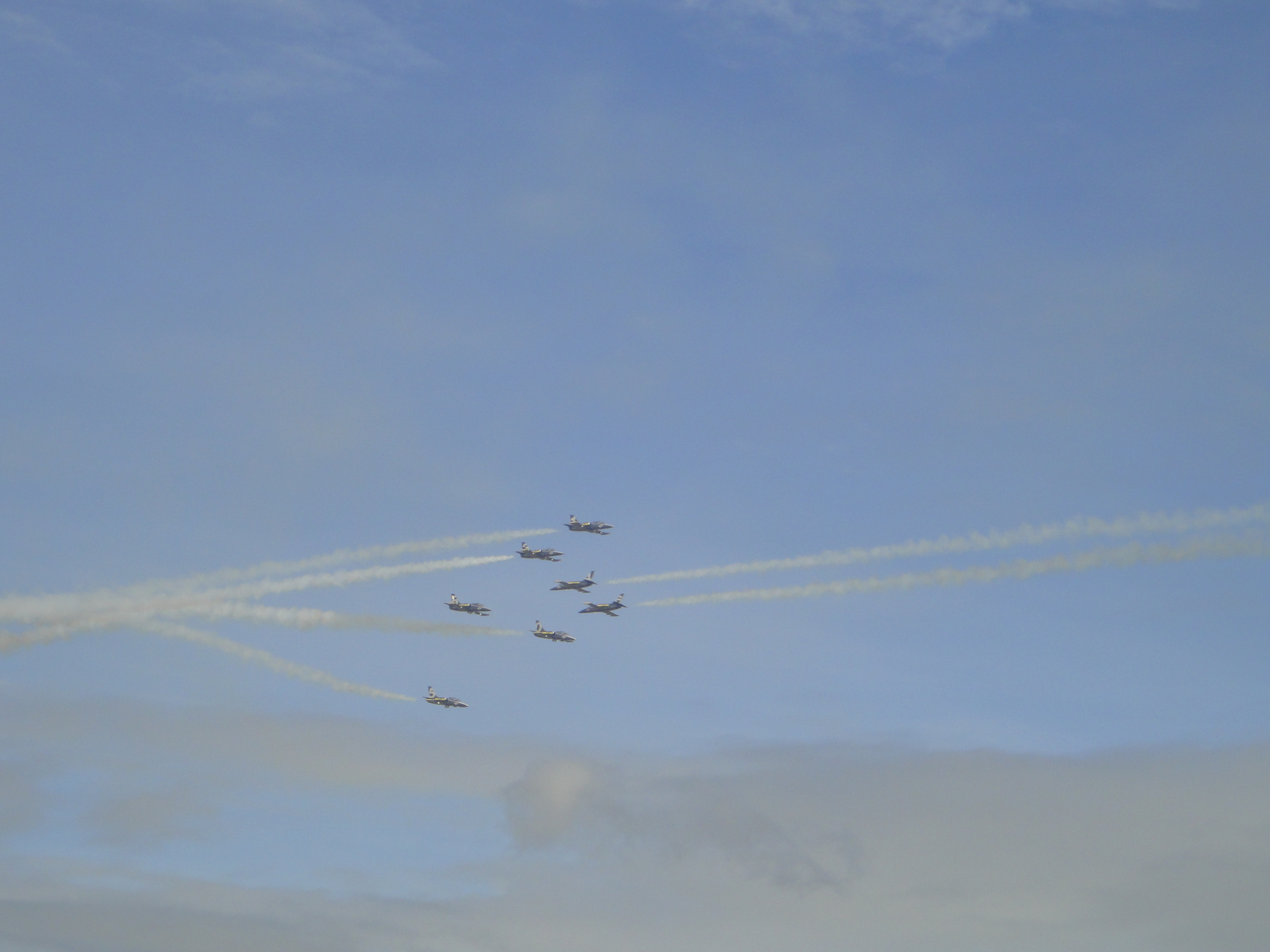 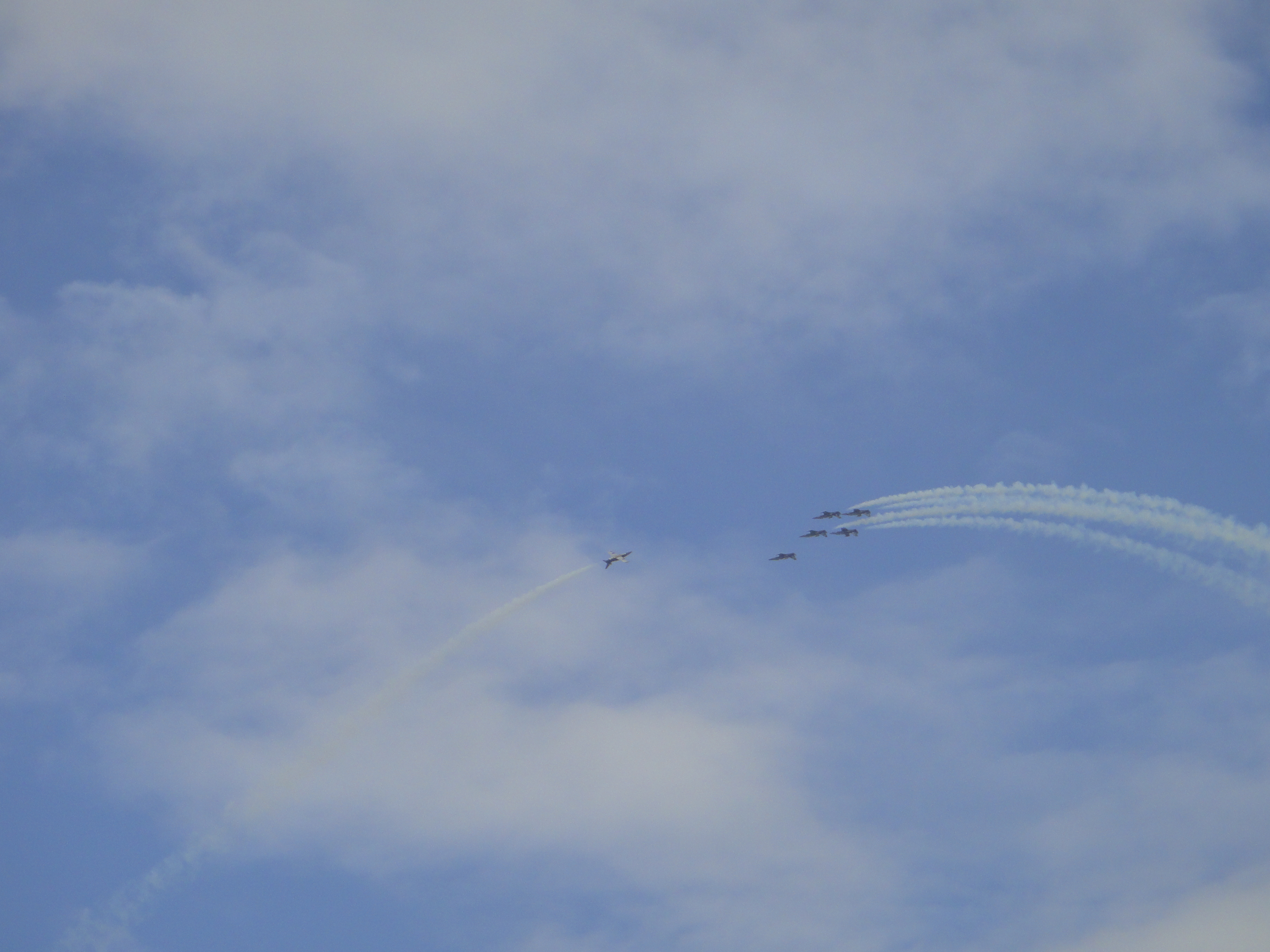 After the fast and powerful jet planes, the ultralight aircrafts. They were so cute and fragile-looking, I don’t know how they stay intact when in flight. 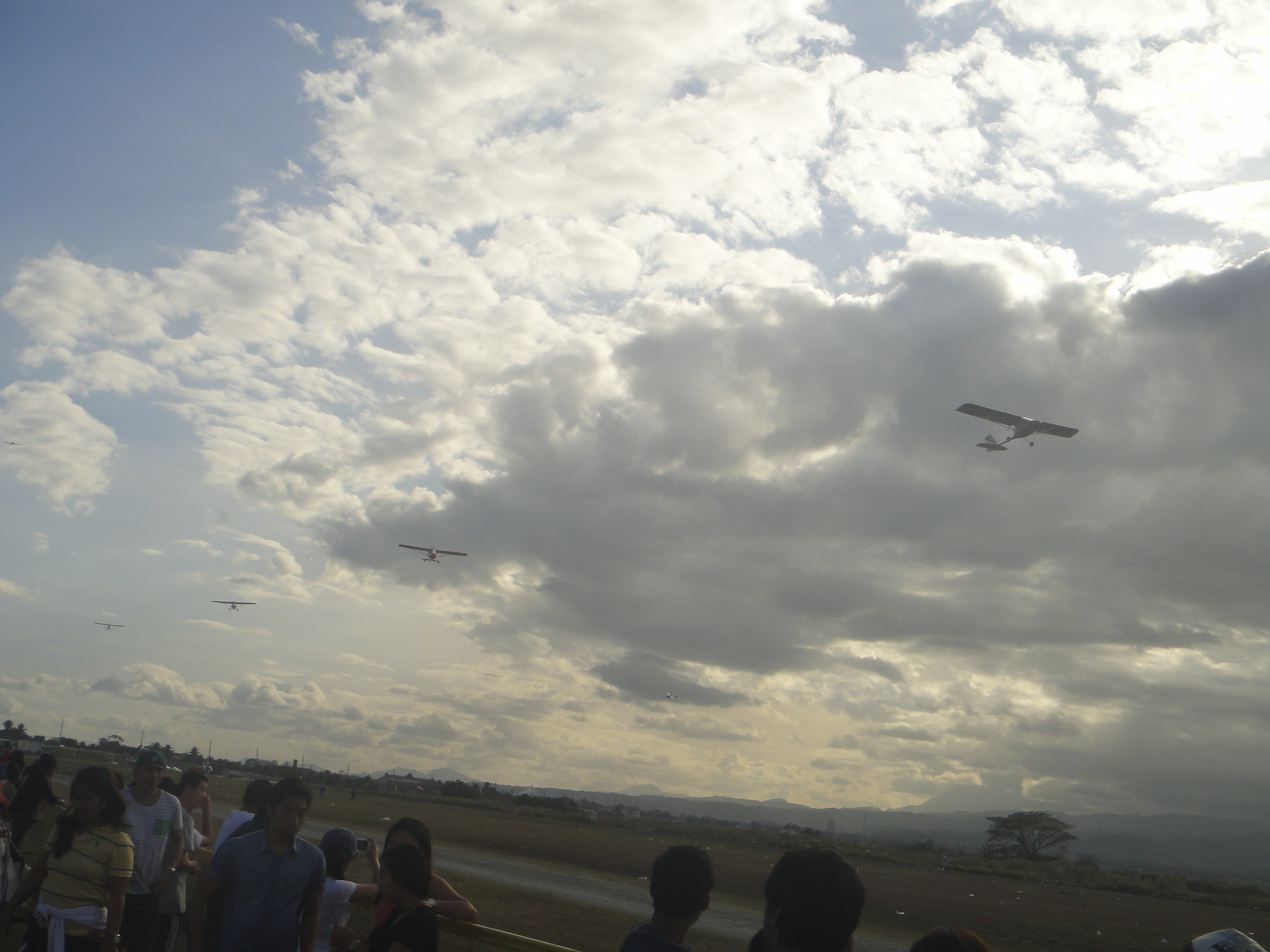 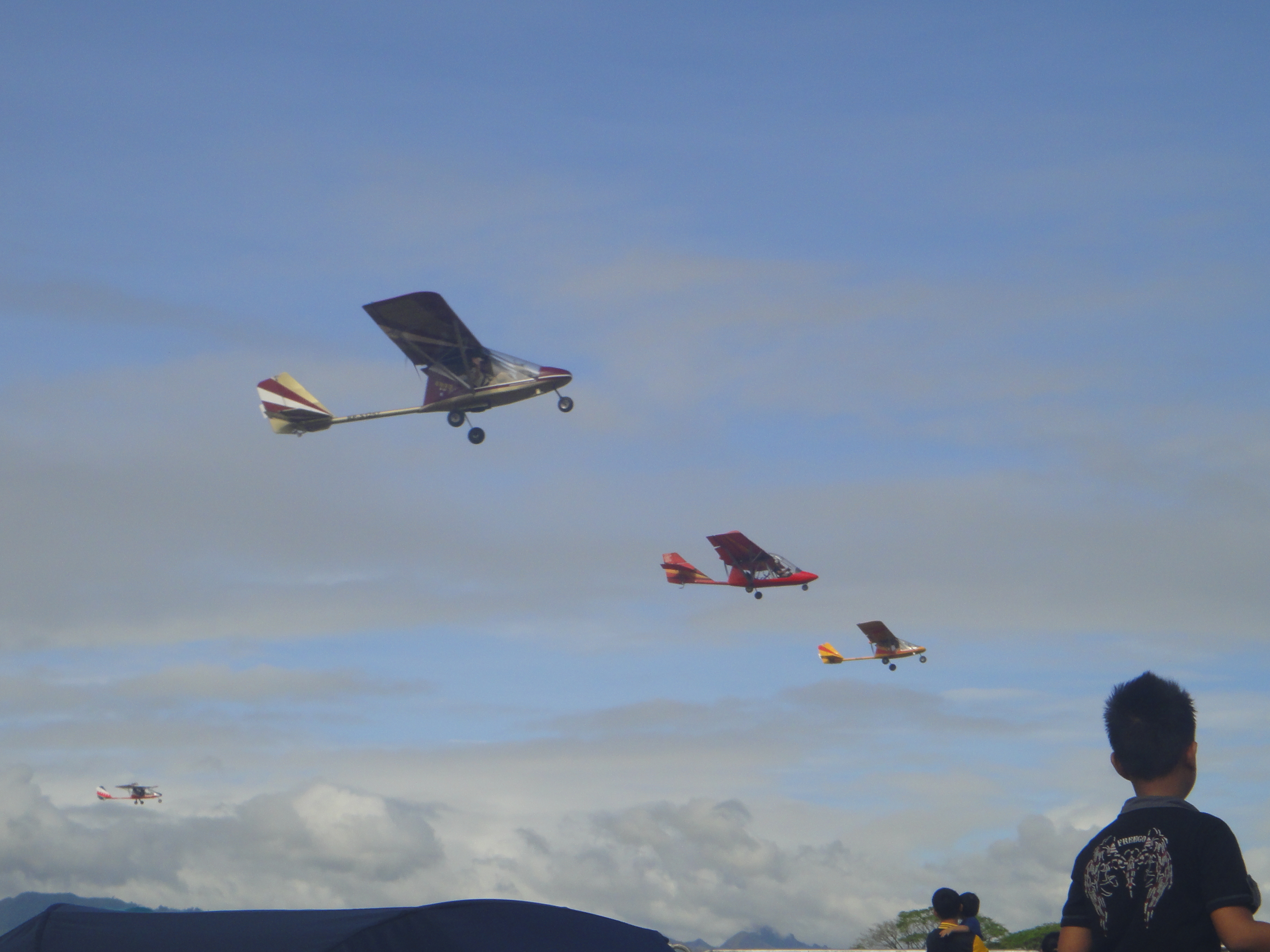 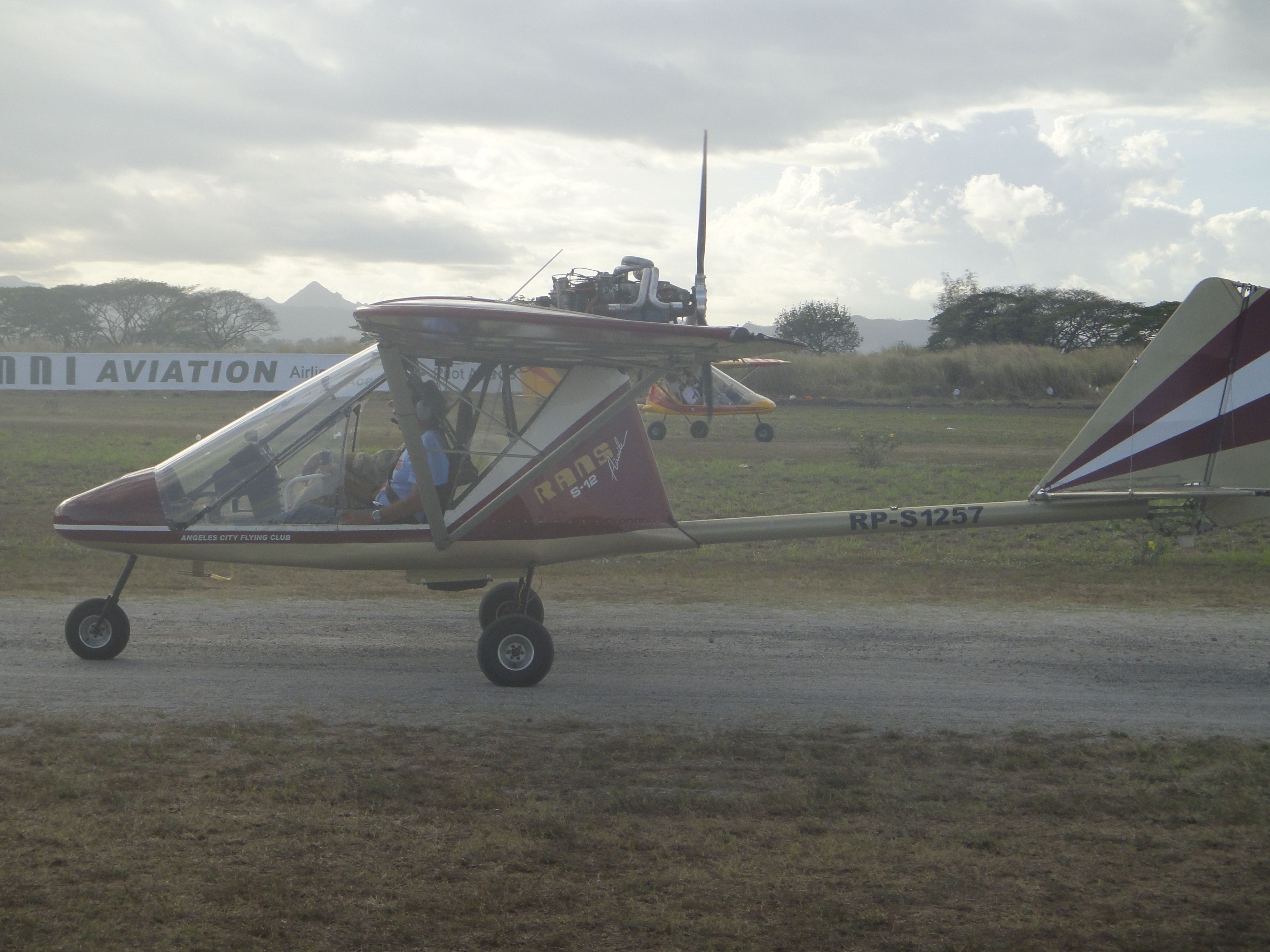 Finally, on the last day of the event, the rocketship took off! Mission accomlished. :D 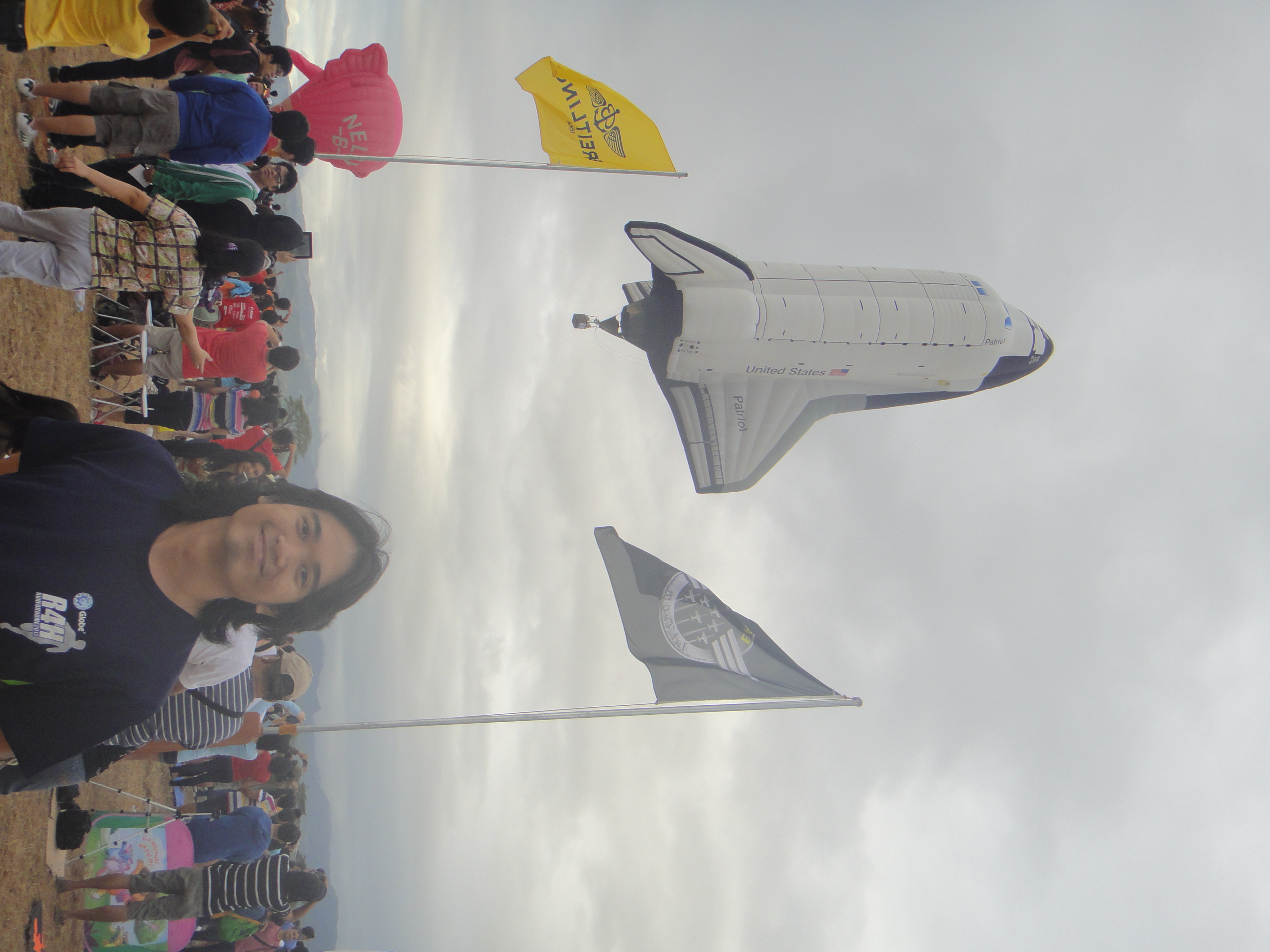 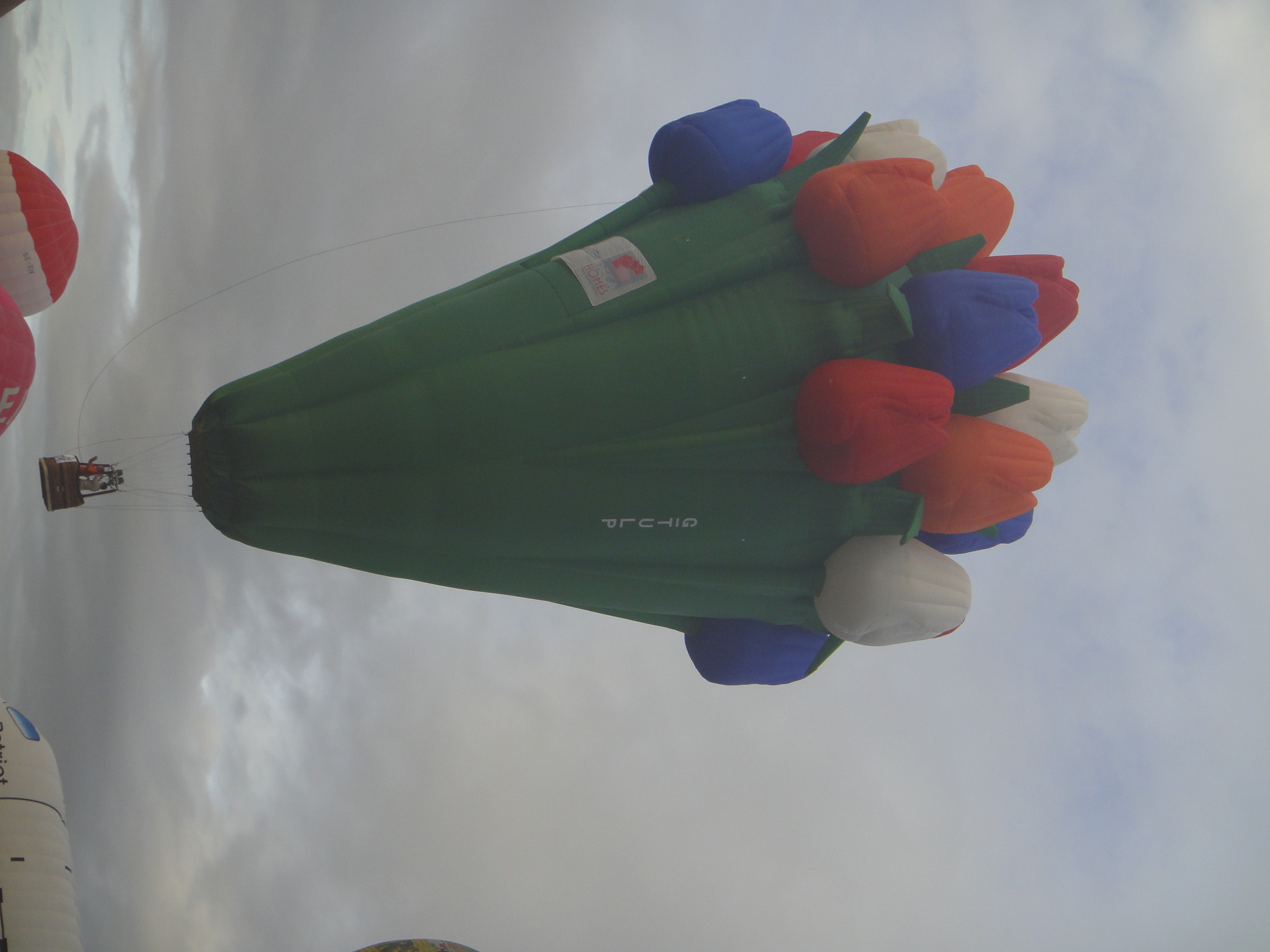 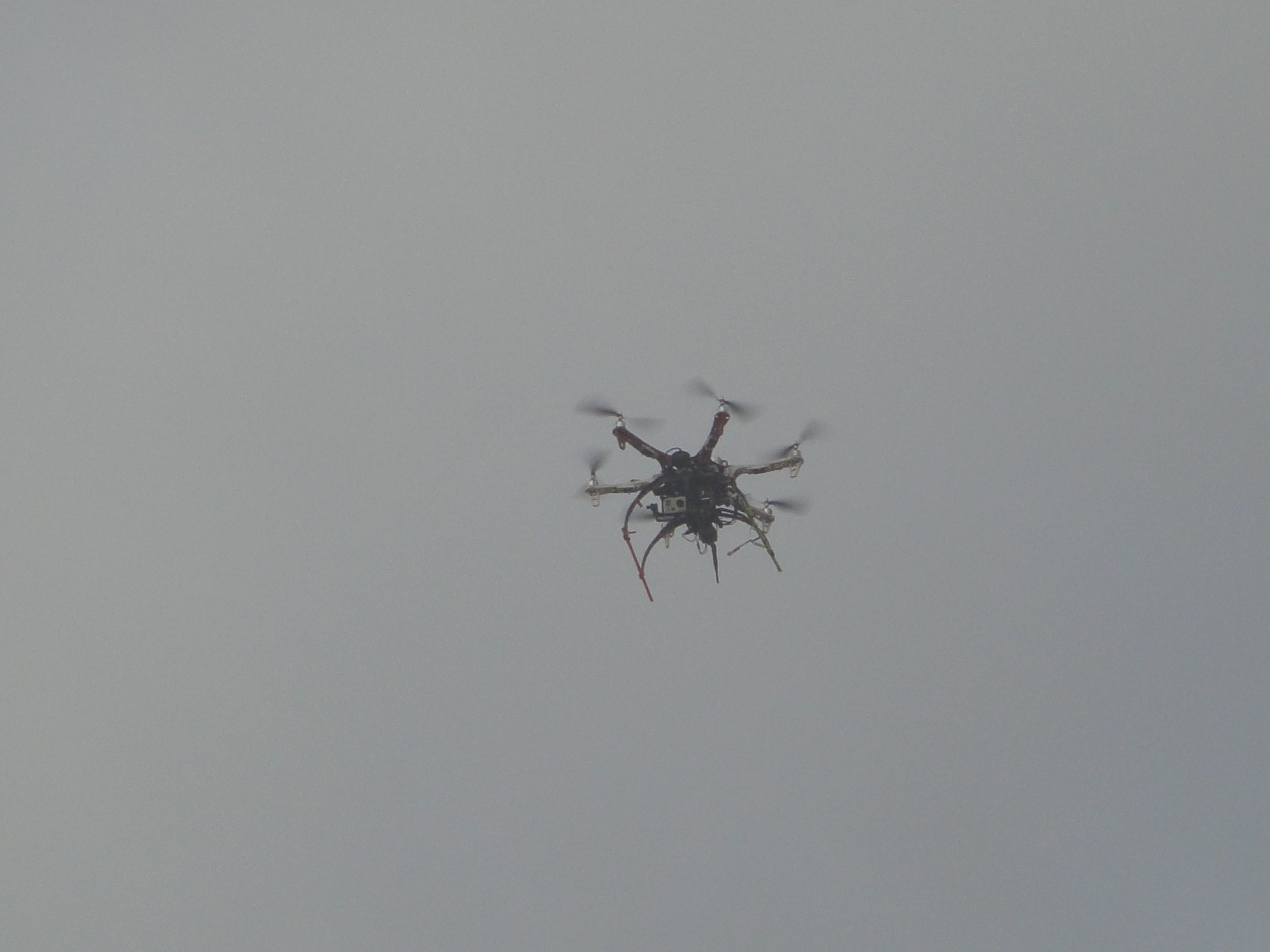 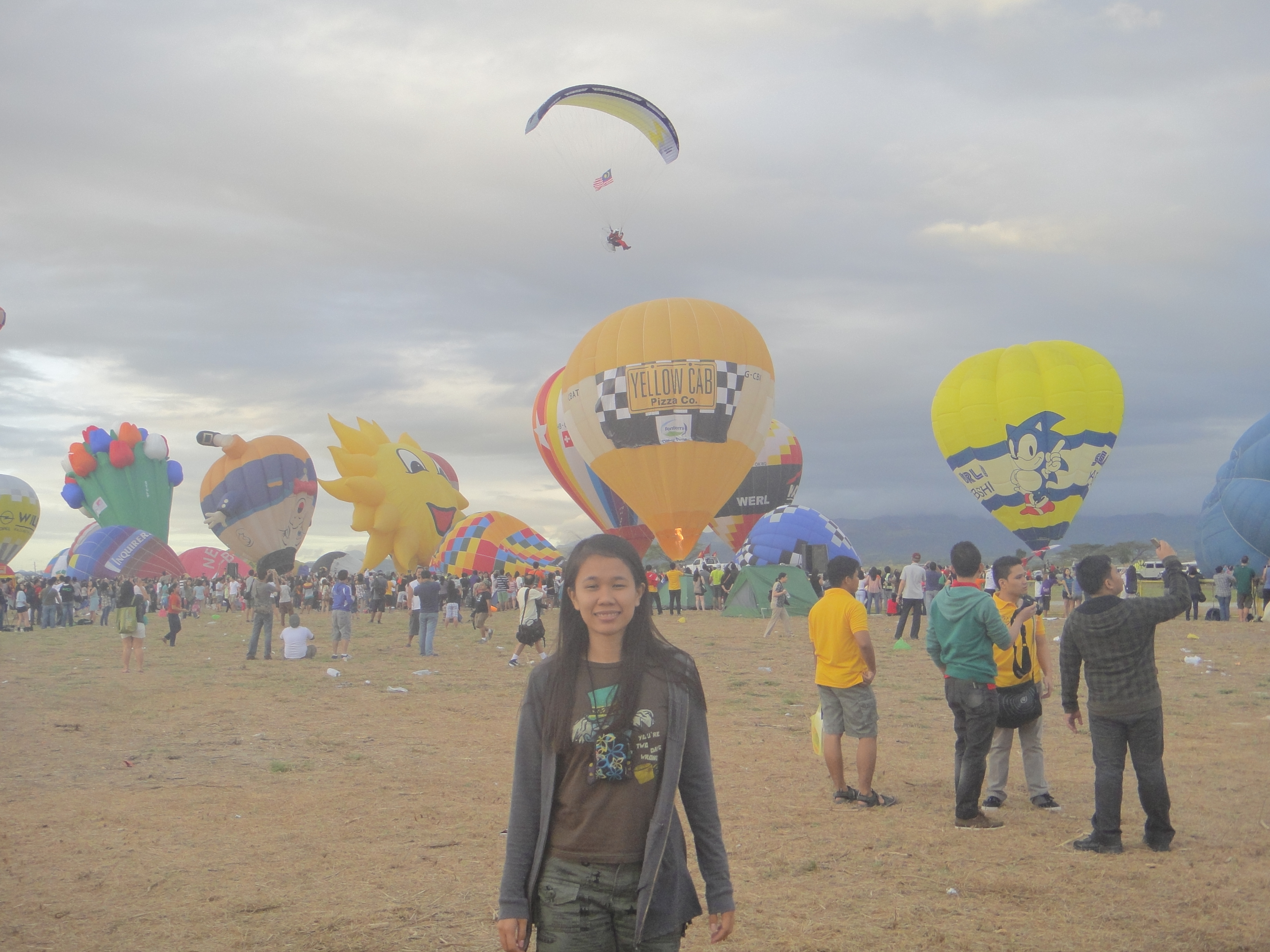 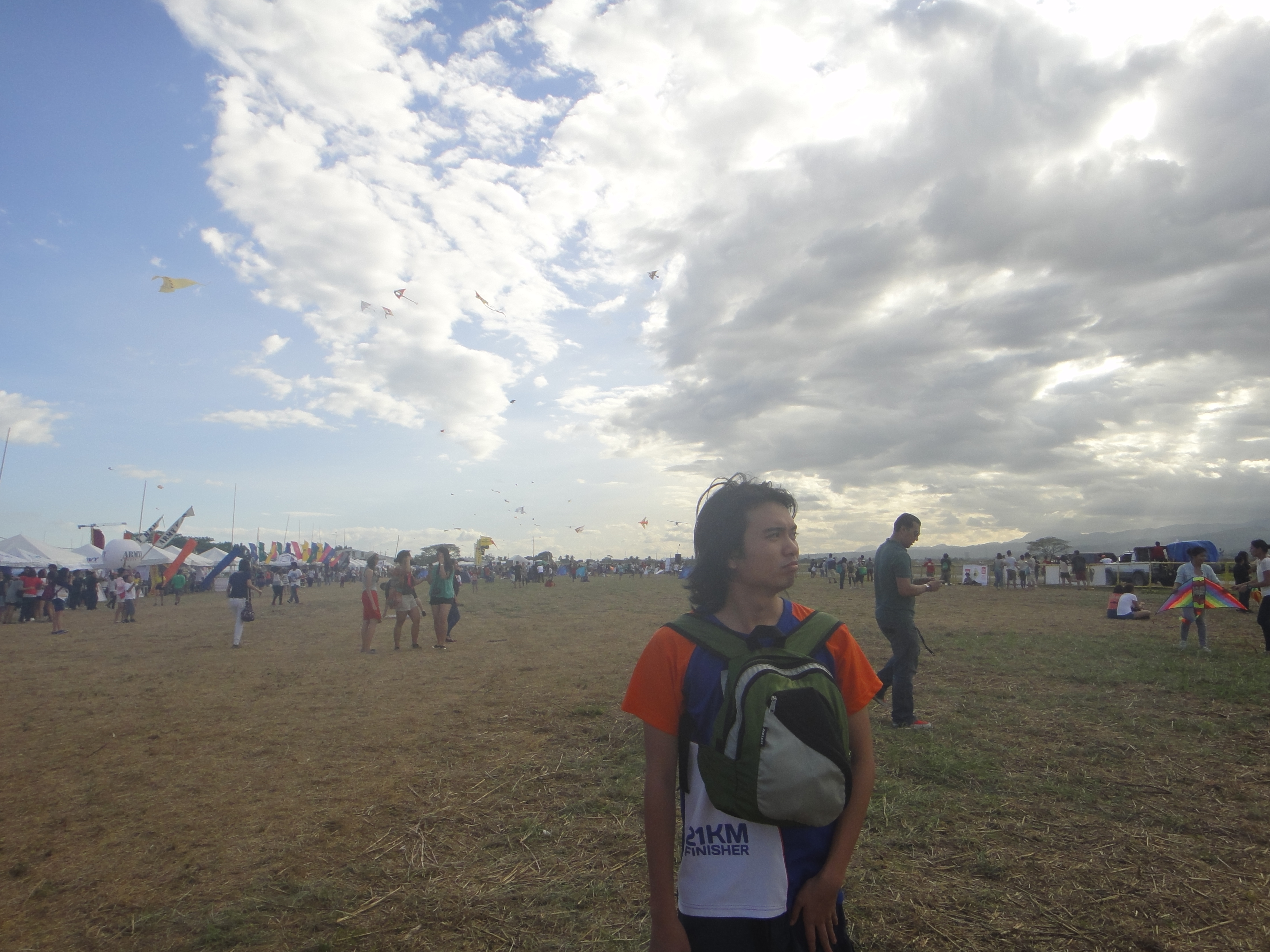 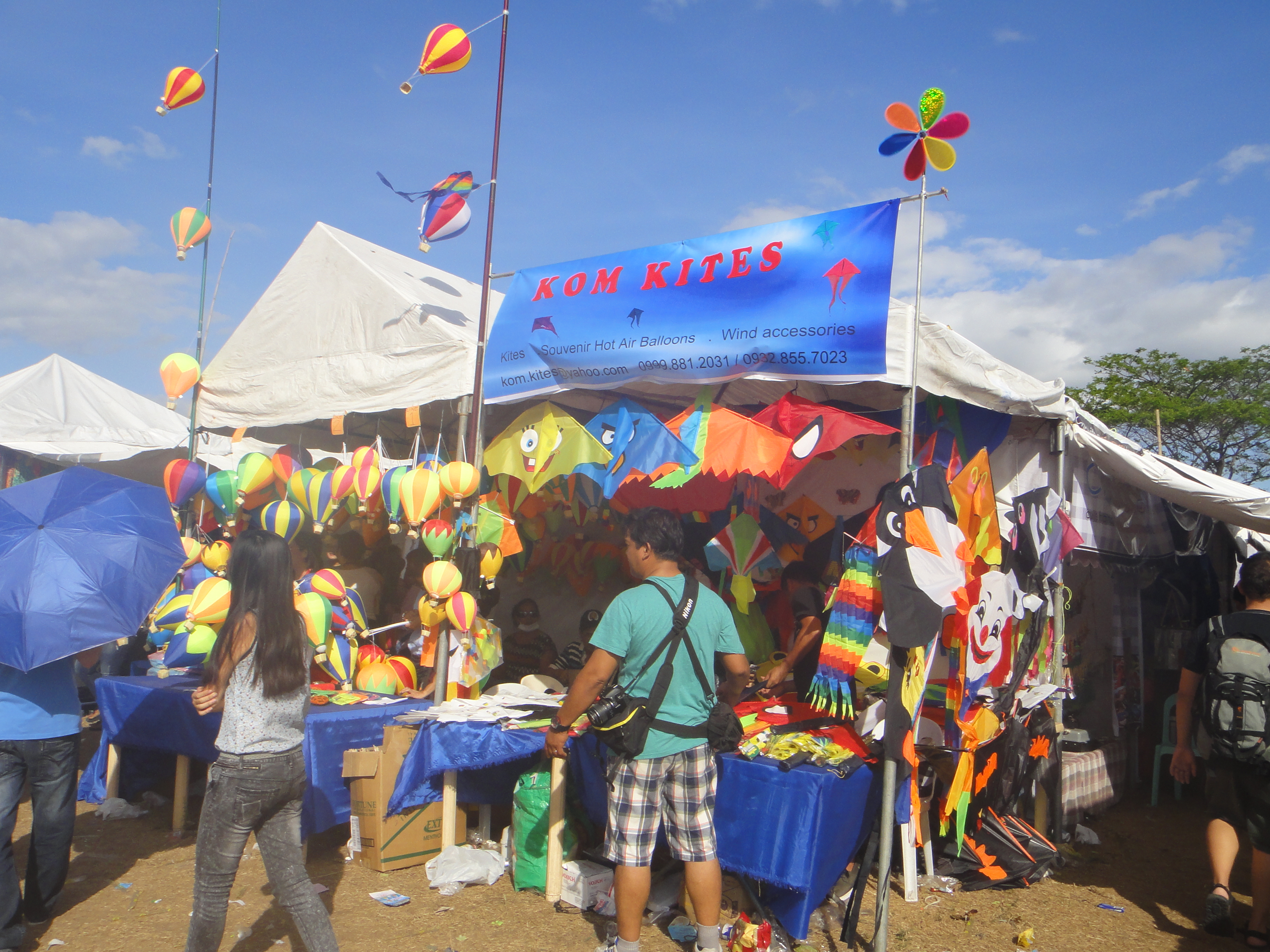 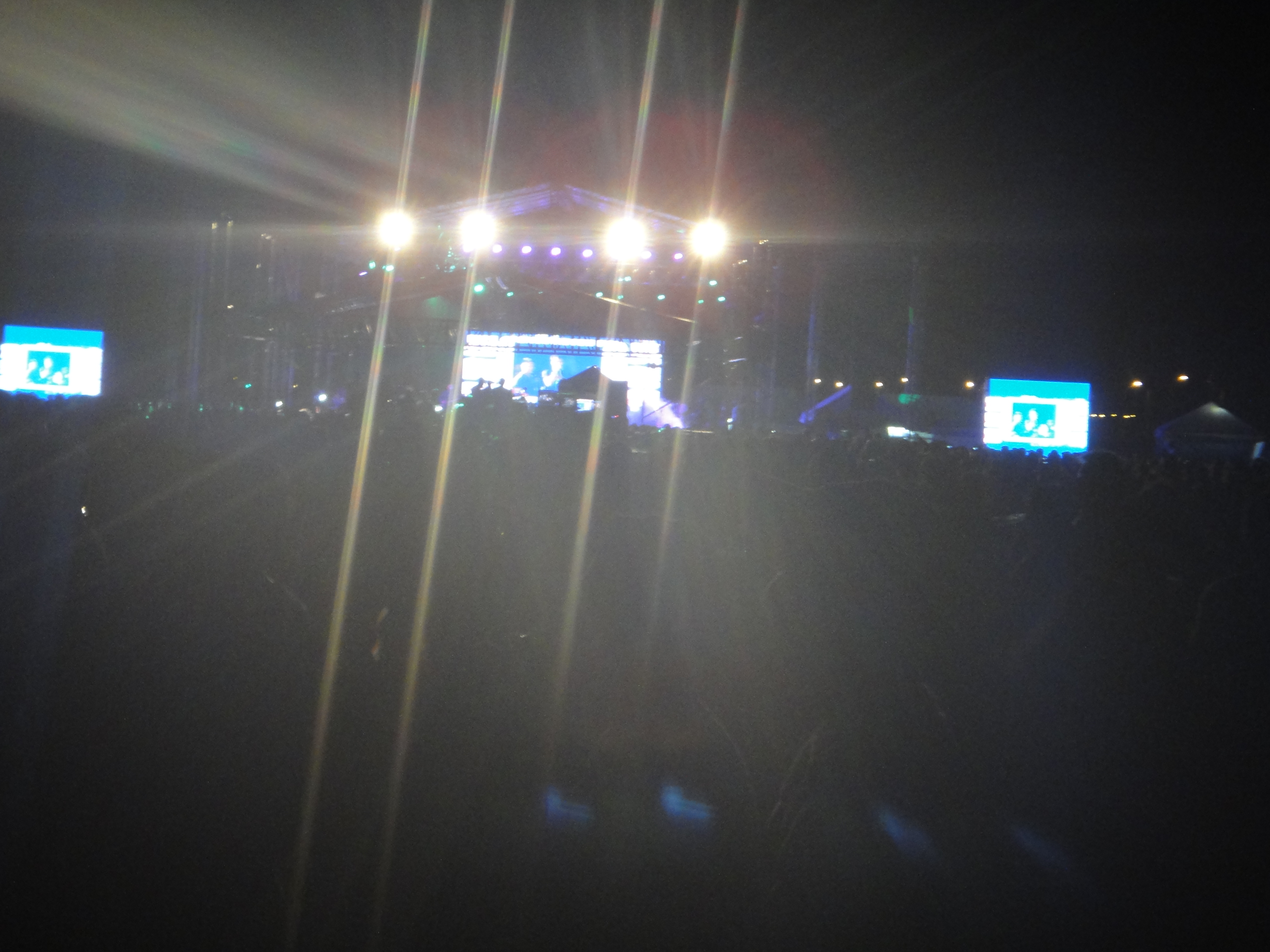 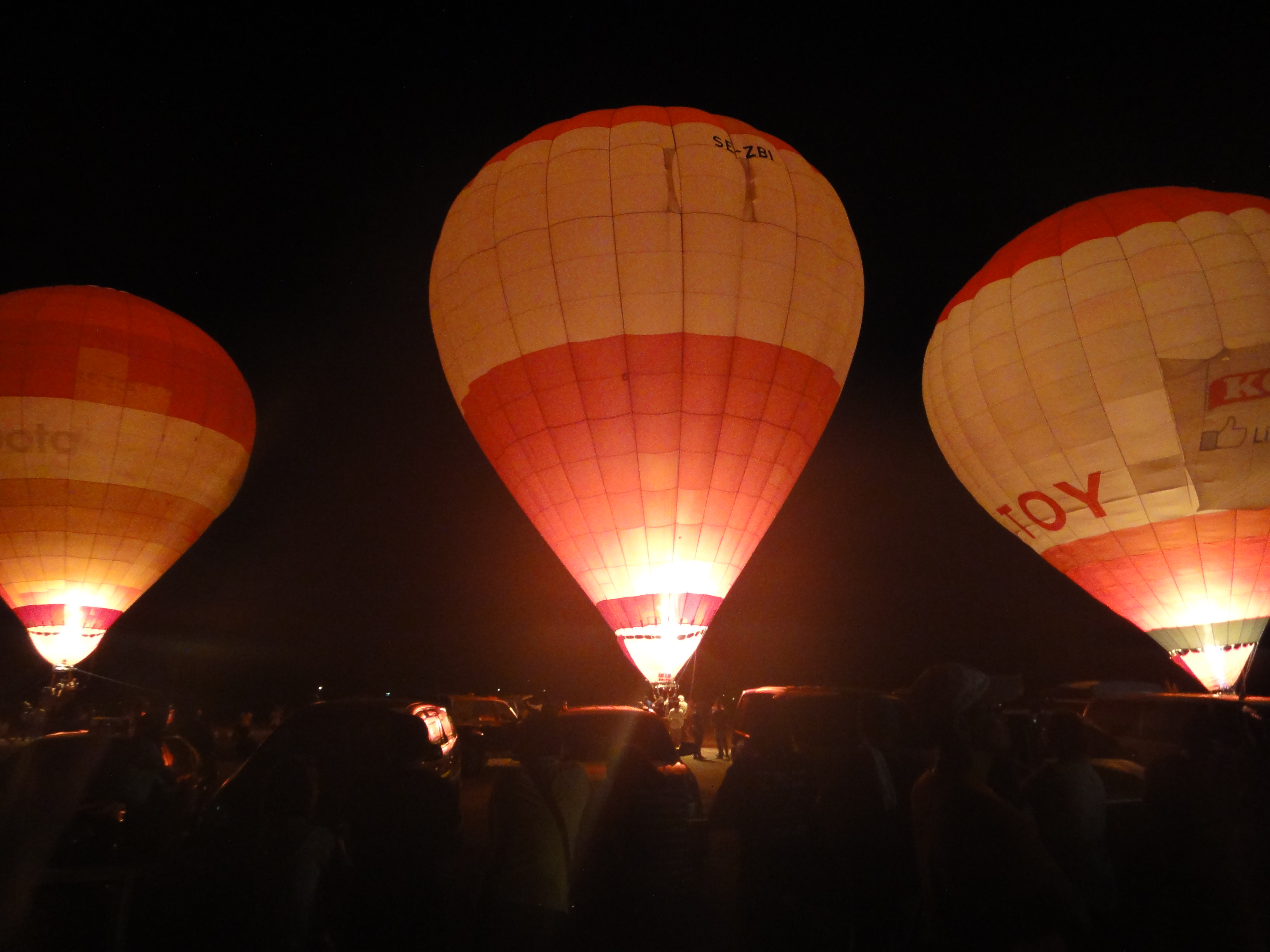 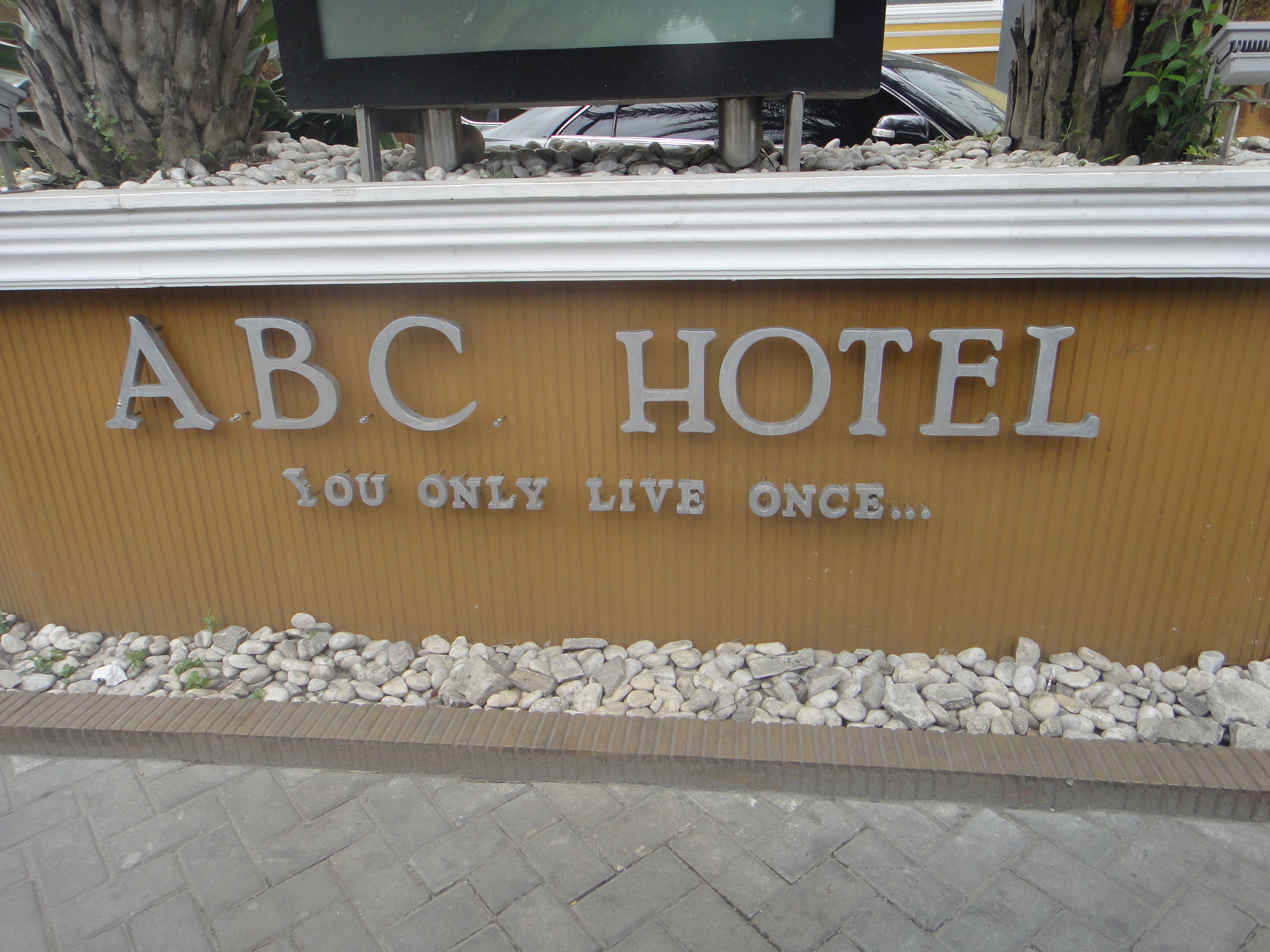 One thought on “Because Balloons!”